The CB-16 monoplane was built as an executive transport for banker Paul W. Chapman and was designed by Vincent Burnelli. The design of Burnelli's first monoplane embodied his 'lifting body' techniques, which involved a more extensive blending of the fuselage with the wing to provide greater lift - and accident survival. The high-wing, open-cockpit CB-16 is also notable for being the first multi-engined aircraft capable of single-engined operation, and possesses a retractable landing gear and an all-stressed metal design. Engines could be accessed for repair during flight. Like most of his aircraft it was safer than normal aircraft in a crash because the fuel tanks were located away from the engines. Despite its promising nature and Burnelli's ideas, the CB-16 was lost due to a maintenance error. 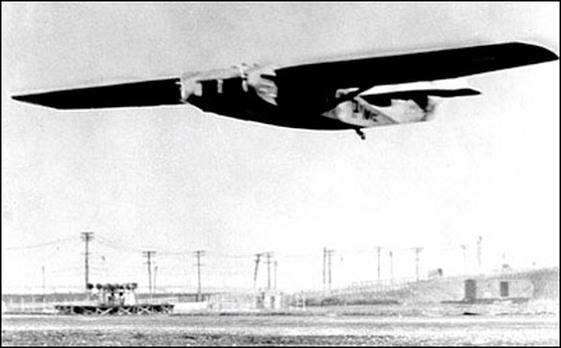