After several months I finally got to go see my friends in Decatur and when I called to let them know I was on my way, they asked me to run a miniatures game. Throwing some terrain and miniatures in the car I headed to Decatur and ran a Where Heroes Dare game just for fun. They liked it so much that I now have to run the game whenever I get to town. Unlike the other WHD games I have run, this is more of a standard game, with each player having a team and competing against all the others. 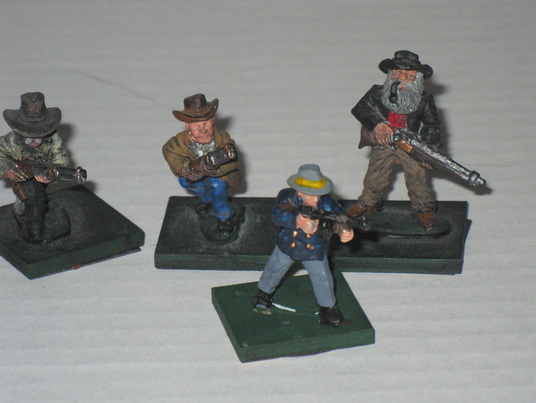 Marc’s team was led by that famous private dick, Marcham, who carried a tommygun, and three miscellaneous supporters armed with rifles. 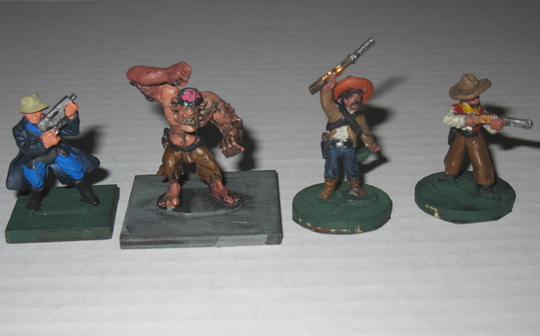 Eric’s team was led by Agent 9 from Bureau 13 (which specializes in dealing with weird menaces and mad science). He carried a custom SMG (+1 ROF and +6 inches range). His companion was the fearsome Agnew, a monster rescued from the lab of a mad scientist by Agent 9. A couple of Mexican mercenaries armed with rifles completed his team. 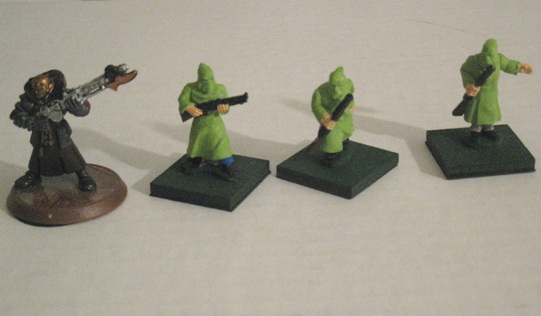 Aaron's team was led by the Master, your usual madman out to conquer the world (or at least some of the wealthier parts of it). His custom rifle was fast firing (ROF 3), and had a gas gun attached to it. He was accompanied by three rifle-armed cultists. All, of course, wore gasmasks. 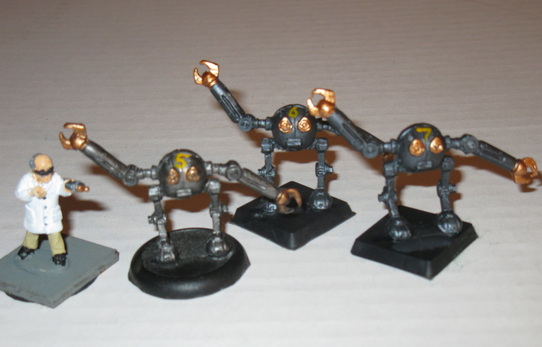 Sam’s team was led by the quite-mad Professor White (famed for having killed his mentor, the kindly Doctor Smith, in a fit of rage when Smith pointed out a mistake he made in an equation). Deciding not to depend on frail humans, Professor White was accompanied by three of his robot servants (Numbers 5, 6, and 7).