Designed by Claire Vance. Flying wing design with twin booms, twin tails. Fuel (1200 gallons) and cargo carried in wing. One made. The Flying Wing transport was flown in the 1932 Bendix Air Race by Claire Vance from Union Air Terminal (Burbank CA). Did not finish race. Wings Feb 2000 shows the flying wing, but IDs it as Vance Viking, stating Clyde Pangborn used this plane to better his 41-hour west-to-east flight (in Miss Veedol) and planned to make a global flight in it. Could it be the Flying Wing Transport was race #61 and later became the Viking? They both have the same tail number. 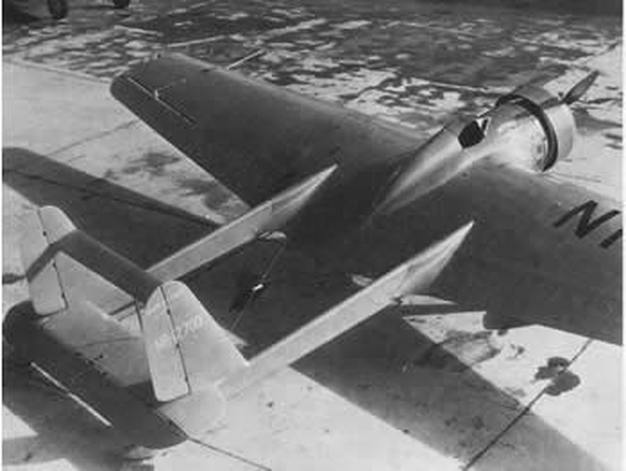