I recently attended the latest Winter War gaming convention. Winter War is a medium sized con held on the last full weekend in January every year. Gaming started on Friday at 2 PM and ran until Sunday afternoon. 15-20 role-playing, miniatures and board games and tournaments ran in every slot (except the twilight Midnight to four AM slot where just a couple games ran). Midnight to four, I remember when I was a young crazed gamer and would play all night, now I want to go to bed at a reasonable hour. I guess I’m getting old.

The first game I played in was a Wings of War demo (both WWI and WWII). I had always been fascinated with the model planes that go with the game, but since I never played it I didn’t feel like shelling out $60 to $80 to get the basic game and a starting set of planes. I enjoyed playing the WWI version (the pick a set maneuver cards system worked well). The WWII version was OK but didn’t do anything for me. The problem is that I can pretend that you still had small (2 to 6 planes on a side) air battles in WWI, but for WWII you need a system that can handle lots of planes (at least a dozen or more per side). Even in WWI one on one and small group fights weren’t as common as you think, especially in 1918. After playing the demo game I have decided to get the basic game and at least 6 planes (luckily I have a birthday in March). I just hope I can find someone local to play with (I currently play with a bunch of role-players, a good group, but just not that interested in miniatures).

Friday evening I played Rockwood’s Ultimate Nightmare. Every year, Steve Massey runs a big game centered in the town of Rockwood. Last year, Rockwood was under siege by zombies, this year it was two groups of aliens and some mutant plants attacking the townsfolk. 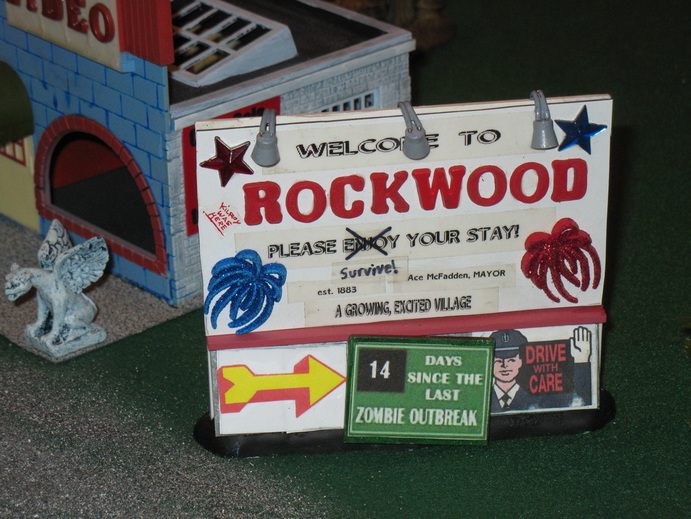 As you can see Rockwood is a rather large town. 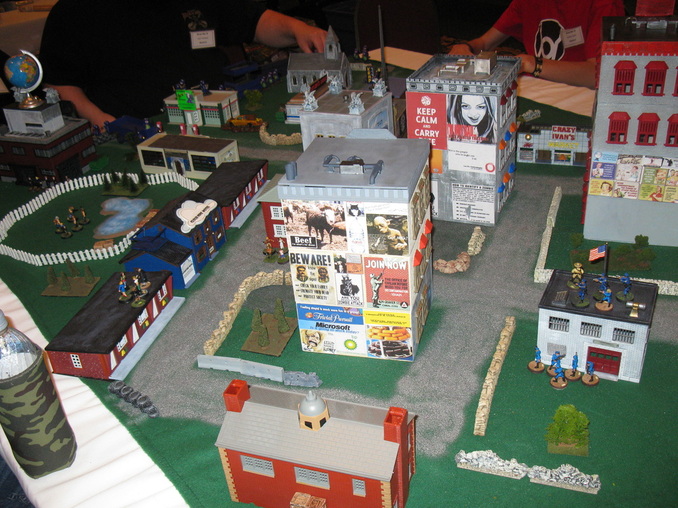 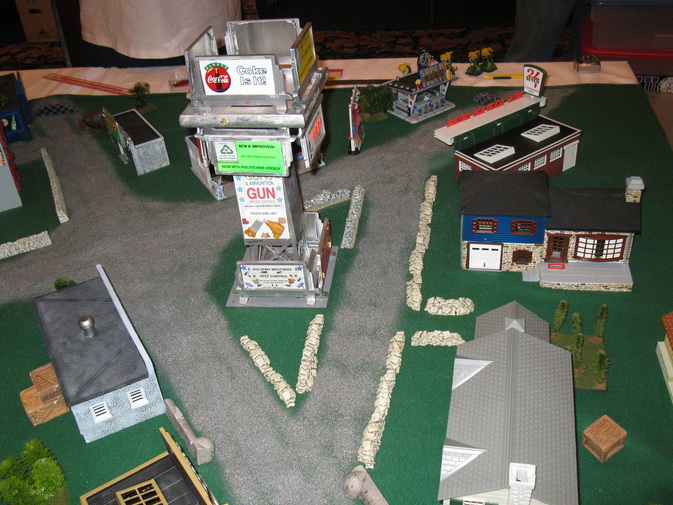 I and another player ran the Alien Greys, whose task was to find a retrieve various human test subjects before…. 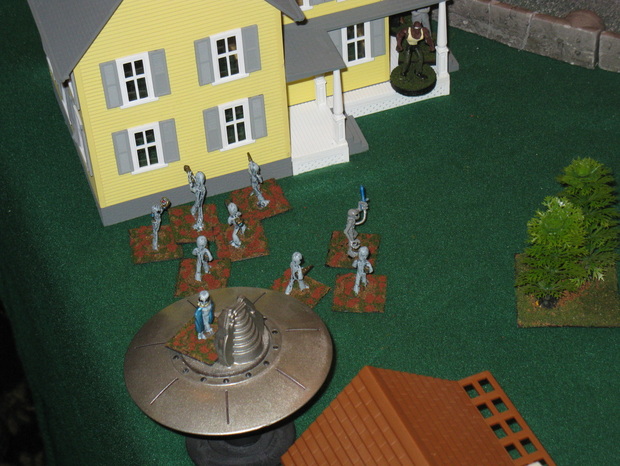 The Purple People Eaters (nicknamed the Barney’s) captured or killed them for their larder. Normally the Greys wouldn’t have cared about humans, but many in Rockwood had been studied for years (lots of probing) and their deaths represented a loss of valuable reference data on the human race. 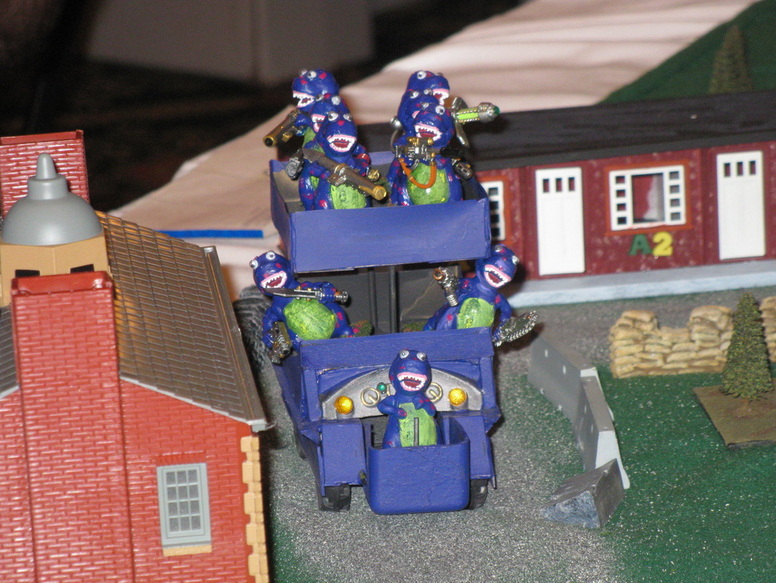 Then there were the Mutant Plants, who were out to kill all animals. They had a special ability to appear in any patch of brush or trees and attack, and then disappear on their next action. 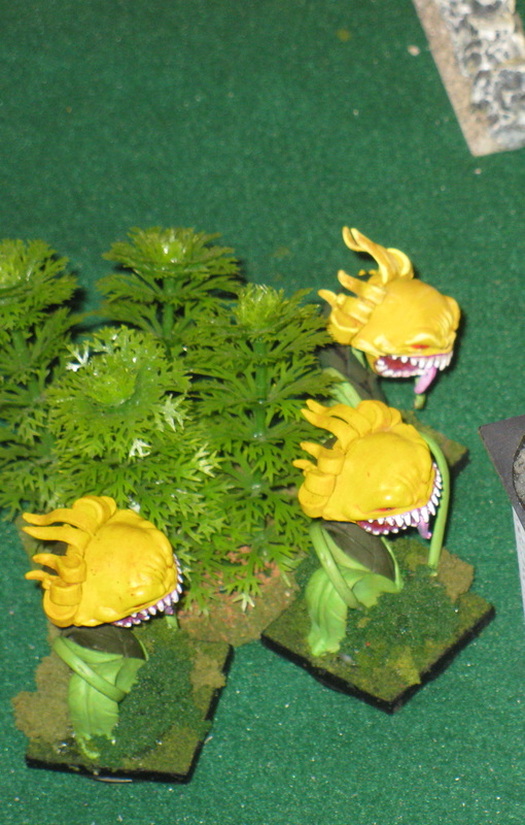 They also could turn those they killed into plant zombies (who were really pretty puny). 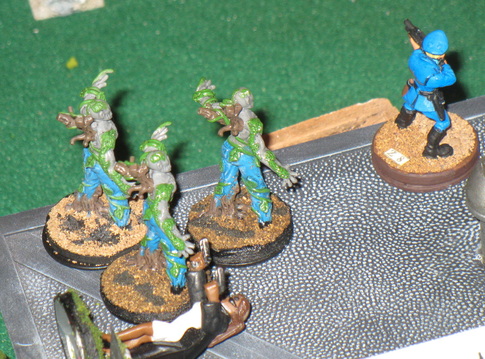 The Purple People Eaters started their invasion on the south end of town and quickly killed or captured all of the humans on the southern third of the board (the only survivor was a camera man for the local TV station). 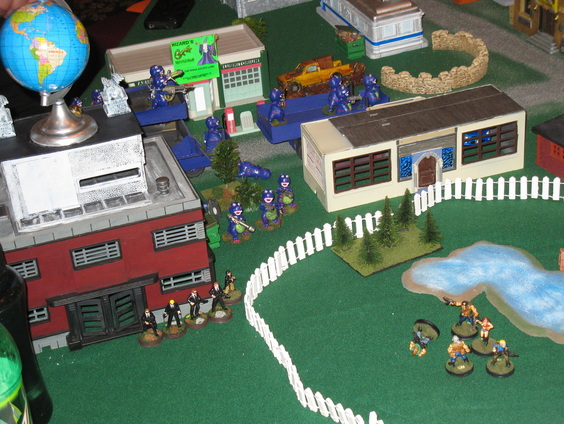 The Greys began scanning for test subjects and stunning those they found. The Saucers would then teleport up the test subjects to the Mothership. 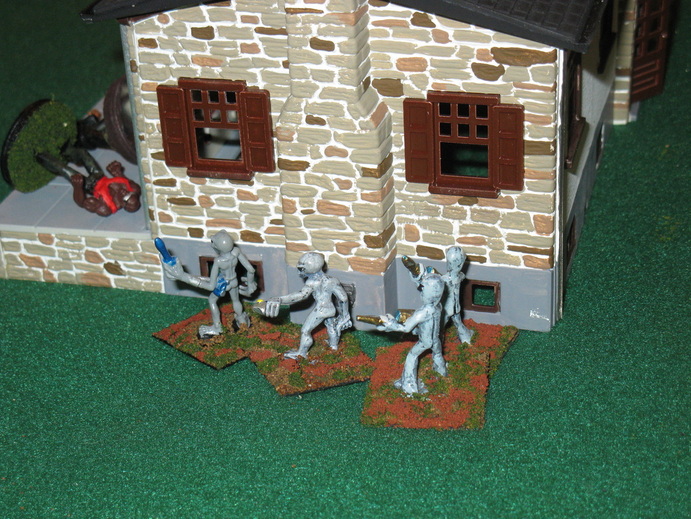 The Grey’s tried to help the humans (they didn’t want all their test subjects eaten) and killed six and destroyed a vehicle with one of their two shots from the Mothership. 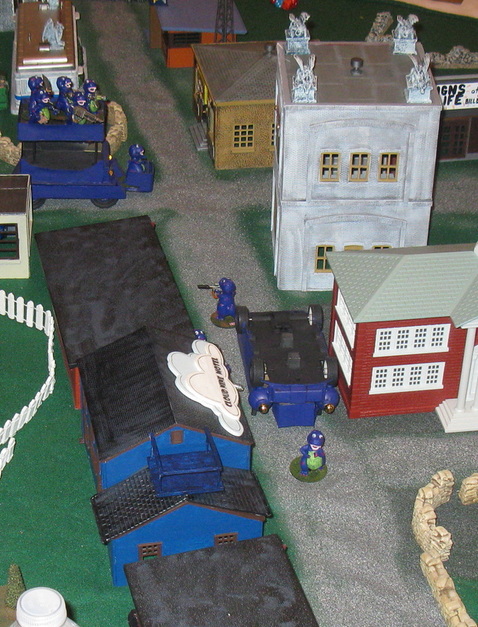 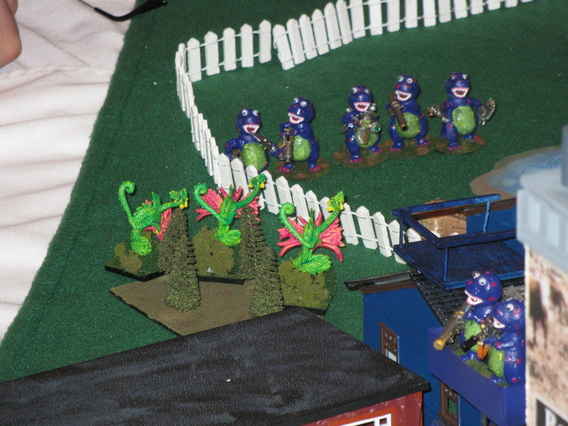 But still attacked the humans and Greys when they could… 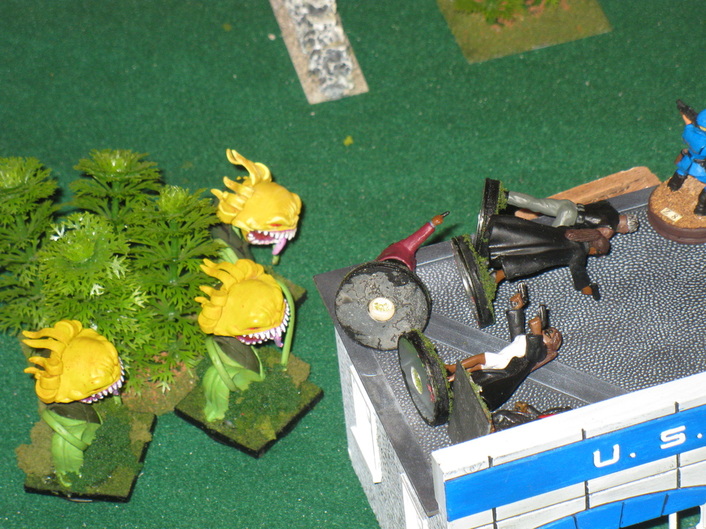 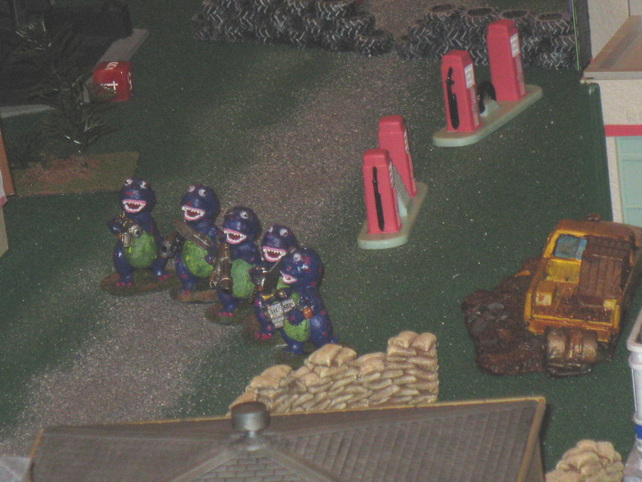 In the end the Purple People Eaters proved unstoppable, and all humans were either stunned or dead before the end of the game. 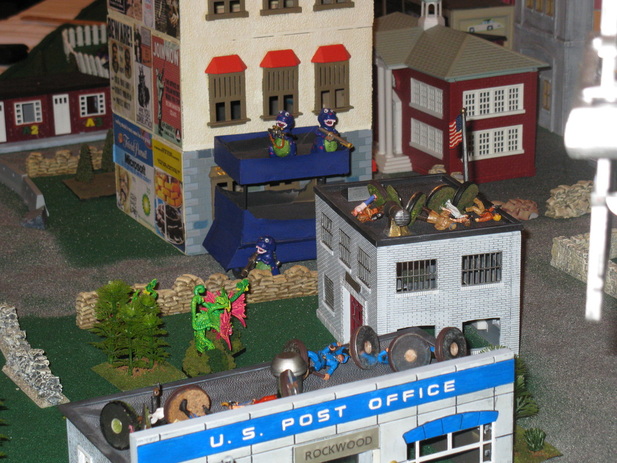